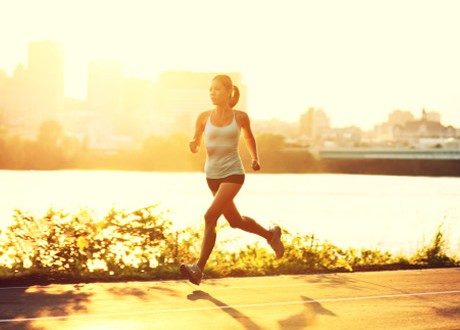 Five Hot Weather Running Tips You Didn’t Hear From Me

Most sites, including this one, assume that you want to come back from wherever it is you’re running to. That’s why we’re full of tips about hydration, dealing with cramps, carrying a small closet of medical supplies on your back, and so on.

But today I’m going to assume instead that you know all that good stuff, and you want to know what’s next. How to take extreme heat running to the next level. And what to expect when you get there. For this reason, you’ll understand why I say that nothing in this post constitutes sound advice – it’s all pretty much for complete masochists who are looking for some kind of transcendental experience on the trail. You have been warned.

In writing this, I acknowledge that there is indeed a cadre of runners who simply want to make life as hard for themselves as possible (after all, I’m a member)… and it’s why the Badwater exists at all. These unsound nuggets of information may help.

1. Boy, You’re Going To Carry That Weight… And by weight, I mean water, of course. Ah, you thought I was going to say something unsafe? Don’t worry, I’ll get to that. But this is actually a good point. Fill up a Fuel Belt and a pair of Camel Baks and you’re suddenly 10-15lbs heavier. That makes for a serious extra workload under any circumstances, but when you’re contending with the heat it’s a killer (albeit with a built-in safety net). Best of all, once you’ve achieved whatever distance you wanted to achieve, you can start jettisoning weight over the last few miles and speed up, to really vary the nature of your run.

2. An Uphill Struggle. Running up a gradient of 1% is noticeable. 5% is tough. 10% grueling. And anything more than that is (almost) sheer hell. Multiply that feeling by about five when it’s really hot out. The first couple of miles of Artist’s Drive in Death Valley quickly rise 1,000 unshaded feet, providing a challenge to almost any runner in the July inferno. Of course, from a safety perspective, it’s also true to say that running downhill is a lot easier than running uphill – so if you do happen to get into difficulty, at least the way back is more straightforward.

3. Under Armour, Over Kill. Nothing piles on the agony when running in hot weather than to run in multiple layers of clothing. Start with an Under Armor Cold Gear shirt, and slap on as many as you can (assuming you’re running a route where you might be found). For many years I’ve trained in Colorado’s dry, 95F+ summers wearing five or six shirts, a coat, hat, gloves, thermal underwear and tracksuit pants. Sadly the resultant weight loss only lasts as long as the fourteenth glass of iced tea…

4. Tough Terrain. I hesitate to include this, because I actually find that navigating cliffs and canyons actually focuses me on the present and stops me from daydreaming about the inordinate pain I’m suffering. Even so, it makes the list because anything that throws your stride will upset your delicate balance and take more out of you than simply running down the street. There is also the danger of turning an ankle and having to hop back to civilization – but that’s part of the fun, no?

5. All Of The Above. Every year, for better or worse, I drive down to Utah to run one of my favorite trails in the country, the Moab Rim trail, which climbs 990 feet in exactly one mile from Kane Creek Road. I usually run it when the temperature is 105F or higher, I carry gallons and gallons of spare water, the terrain is insanely difficult, I wear half a dozen layers and I swear, that mile is one of the toughest you will ever find… and it gets tougher every year! If you’re an extreme heat runner looking for a high, it doesn’t get any better than the feeling of emerging onto the clifftop high above the town and the Colorado River, and then gently padding around the slickrock for an hour until it’s time to half-run, half-tumble back down the trail.

Of course, you’re far too sensible to go do something as silly as that… right?

Previous: Running On Pills… Danger, Will Robinson!
Next: Heat Exhaustion – Swift And Deadly 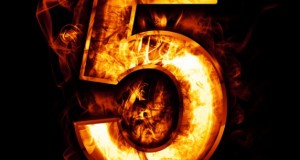